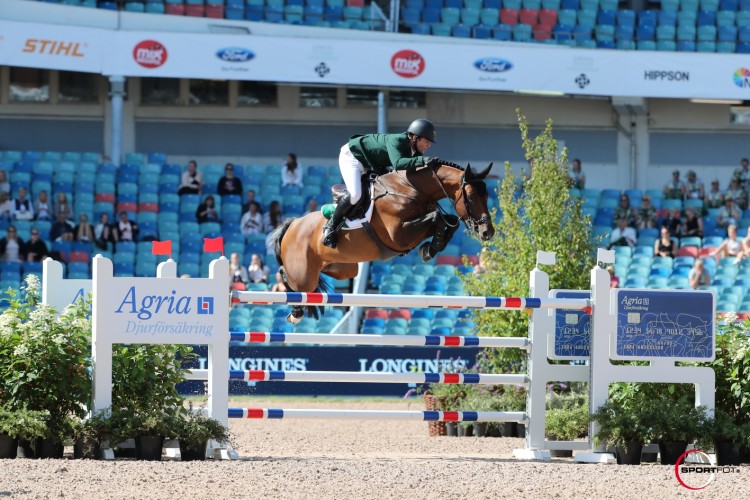 Chaqui Z
An error has crept into the stud fee of Chaqui Z by mistake in the paper catalog.
The fixed stud fees are € 500. When pregnant, an additional € 1100 is added, so that the total stud fee is € 1600. If you switch to another stallion in the meantime, the fixed costs of € 500 for Chaqui Z remain due.

Chacco Blue is the current number one of the WBFSH Sire Ranking and one of the horses he owes this number one position to is undeniably the jumping phenomenon Chaqui Z. Ridden by Shane Sweetnam,

Chaqui Z comes from the well-known breeding of the Morsink family and at a young age ridden by Gerben Morsink he already jumped fantastic and was high placed  the World Championships for 7-year-olds in Lanaken. Through daughters of the foundation sires Quinar and Carthago, Chaqui Z’s pedigree goes back to the famous mare Dakina, who stood at the basis of famous horses like Zekina Z, Lexicon, Carthino Z, Cartaire Z, Faithfull and Navarone Z.

In addition, Chaqui’s oldest son Rapidash already jumps at 1.60m-level with Gerben Morsink. All in all, Chaqui Z seems to be a very interesting acquisition for breeding.

Chaqui Z is among Ireland’s best showjumpers for many years and  especially at American soil he was placed numerous times in international Grand Prix-competitions, Nations Cups and other top classes. One of the highlights was undoubtedly the gold medal with the Irish team at the European championships in Gothenburg.

Chaqui Z: performance in his pedigree and in the ring 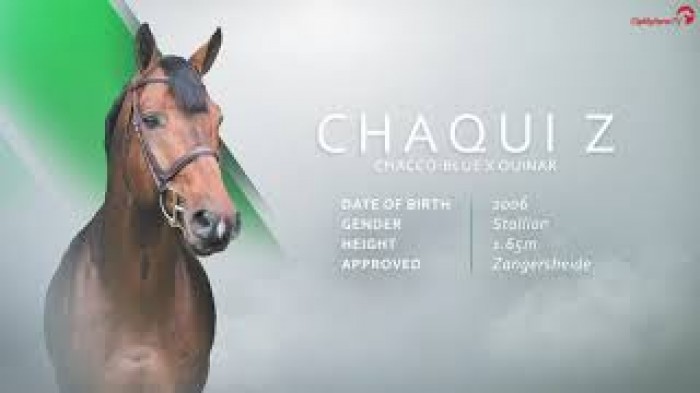 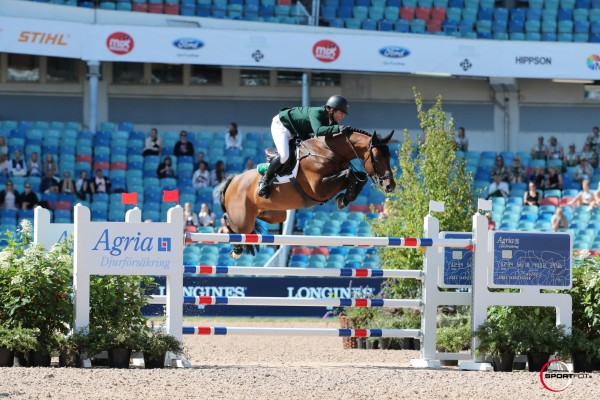